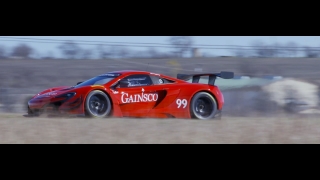 Return of the Red Dragon

01/30/16 – BravoFox Films has released “Return of the Red Dragon,” their first video project for the 2016 race season. GAINSCO Auto Insurance, the sponsor of the new No. 99 GAINSCO/Bob Stallings Racing McLaren 650s GT3, reached out to BravoFox Films to help them tell their employees and partners the story of their legendary team’s return to championship racing.

Cadillac Enthusiasts Have a Commanding Lead in Manufacturers&rsquo; Fan Championship

With just two race weekends remaining in the 2012 Pirelli World Challenge Championships, Cadillac enthusiasts have a dominating lead in the Manufacturers’ Fan Championship. Cadillac fans have shown up in force at events throughout the year to cheer on the Cadillac Racing CTS-Vs of Johnny O’Connell and Andy Pilgrim and have won all but one race weekend. Back in May at Mazda Raceway Laguna Seca, close to 200 Corvette fans came out to cheer on Mike Skeen in the CRP Hawk Performance Corvette and Tony Gaples in the Blackdog Corvette to claim the win. Read More

On To Mid-Ohio after Rough Canadian Weekend

The K-PAX Racing Volvos are coming off a couple of rather tough weekends. My teammate Alex Figge had a rather eventful June in Detroit and at Canadian Tire Motorsport Park. Read More